Heinous Whining noise streams return again to the Wharf Chambers stage! Again no audience, streamed on twitch but small but excellent selections of performers, deformers and weirdos. This time round all (relative in noise circles) youngsters rockin' it solo. The same old improvisational no-audience nonsensers busting out the bedroom and basement into the empty venue. A big thanks to Wharf Chambers for facilitating this experiment in the future...

TO BE CLEAR THIS IS AN ONLINE EVENT, THERE WILL BE NO ATTENDANCE

Flemme - Not one but TWO of the best sets I saw in 2020 pre-thingy were both by Flemme. Looped and lush cello tones and hollow wood knocking. Lurching, atmospheric textural zoning fuel for investigation. Always comfortable to bemuse and confuse some sets descend into Dilloway-esque harsh hell loops or Gabi Losoncy style anti-music place sounds. Always a delight! https://youtu.be/sdcFzJkIdpg?t=7507

Pressure Cooker Relief Valve - Drone music in a very loose sense made by a guy who not only knows what a computer is but how to turn it on too! Drifting reverb and dials-on-full delayed stutterings used for good (tonal ambient lushness) and evil (harsh contact mic and prepared guitar noise). https://pressurecookerreliefvalve.bandcamp.com/.../neuklang

Territorial Gobbing - Unpopular and despicable music cynic cuts up and messily collages any and all-thing into fake musique concrete while wearing a silly hat. Gonna be a dead short set of mic in a spring-covered-can & tape methinks... https://territorialgobbing.bandcamp.com/ 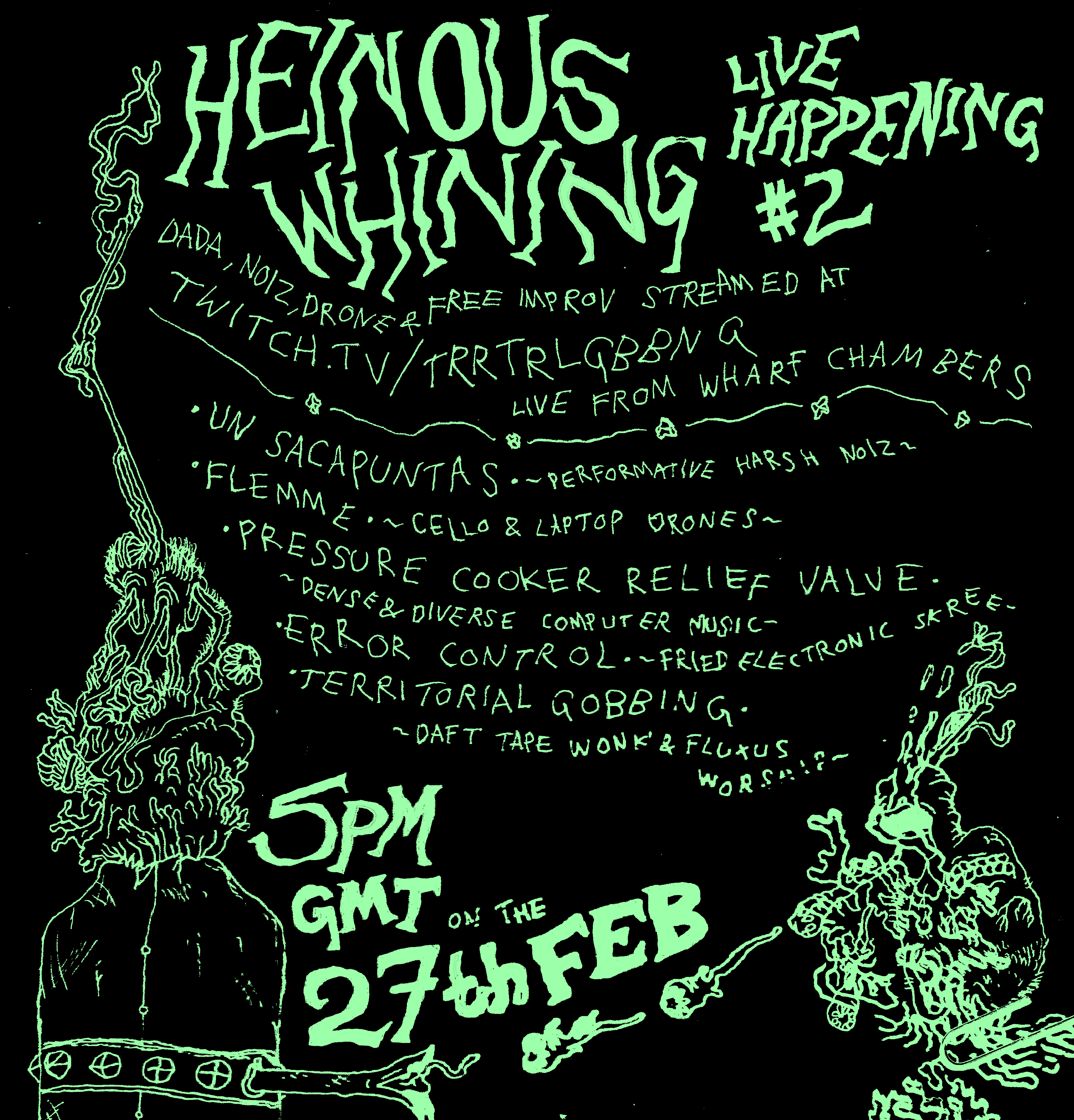